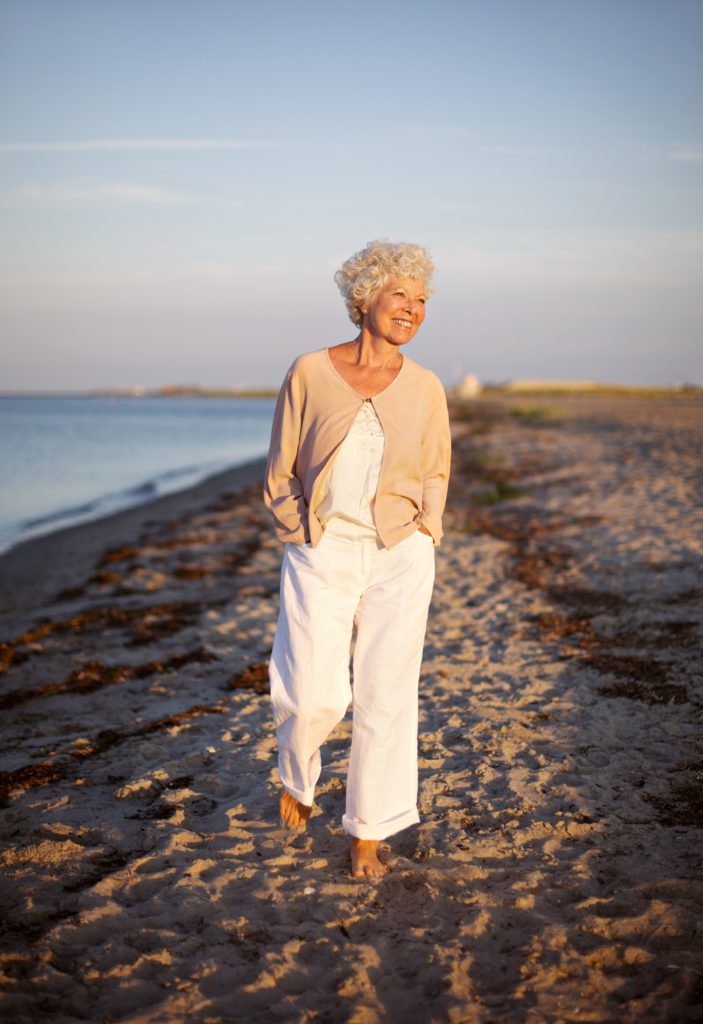 For the first 60 years of my life weight loss was never my problem. I had a completely different challenge.

I thought of myself as a tall, plain, and unattractive Amazon who towered above the rest of the world. It was a constant source of agony until I entered college, where  there were other girls up in the stratosphere with me. That was enough to ease the pain a little.

Finally, when I entered the exciting world of young adulthood, I began to appreciate the amazing gift I had received at birth. I had won the lottery with my gene pool, which included a tall, slender frame, high energy, and extremely good health.

Almost without conscious thought, I made choices that nurtured my body (no caffeine or alcohol, no smoking, and no drugs) and I reaped the rewards of those choices.

When I married and started a family, good health practices continued. Making sure my children had well-balanced, nutritious meals was high on my list. I also found ways to exercise, either jogging with friends or participating in aerobics or Jazzercize.

My healthy lifestyle had served me well over the years. Unfortunately, after my divorce at age 42, it seemed to fall apart. Little by little, things began to change.

My new way of eating included multiple cans of coke daily – or more explicitly – TAB (so a double hit on my body – caffeine and artificial sweetener). Fast food became a regular part of my diet, and eventually, I began smoking and started drinking wine.

Fortunately, my exercise regimen remained constant – aerobics, Jazzercize, and social swing dancing were regular activities. Plus, when I moved to Manhattan, walking was also part of my daily routine.

So, where was the problem? Simple – my other healthy practices were inconsistent. My focus was on taking care of four children as a single mom, running my interior design business, and socializing.

I was a young, reasonably good-looking single woman who didn’t want to be alone for the rest of my life. Finding someone to love was a major goal. It seemed important to put myself “out there” and look good in the process (which was the driver for the exercise).

When you throw into the mix the problem that I am a stress eater of very unhealthy foods (favorites are ice cream, pastries, chocolate, Coca Cola, and Frappuccinos), my healthy lifestyle deteriorated rapidly.

For the first time in my life, I gained a little weight and began yo-yo dieting. My weight which had been between 130 – 140 pounds on my 5’ 9” frame for most of my life began to increase. I would realize the gain, lose the weight for a while, then, gain it back, plus more.

I started with Atkins, which my body doesn’t tolerate well. Eventually, I tried all the fad diets of the time: Grapefruit Diet, Cabbage Soup Diet, appetite suppressants (Ayds, Dexetrim, and Ephedra – all three were eventually taken off the market), SlimFast, Scarsdale Diet, and, of course, Weight Watchers.

They all worked for a while, but they were not sustainable and none gave me the lifelong change I needed. The weight continued to yo-yo.

In 2010, some personal challenges took all my focus and energy with nothing left for self-care and healthy eating. In December, 2012, my son died and the stress eating flew out of control. I stopped exercising and started to gain weight – pound after pound.

The unhealthy eating and weight gain continued for the next five years because I was in too much mental and emotional pain to pay attention.

I did not want to live my life overweight and at risk for serious health problems. Not only was I extremely overweight (borderline obese), my mother had developed Type 2 diabetes in her 70s. I could see myself following in her footsteps. The choice was clear, I had to change the way I had been living for the past eight years.

The irony in this story is that I had been writing a blog for over two years that focused on clean eating and good health, which has always been my passion. I believed everything I had written; but, I had not been following my own advice.

I did a lot of research for my blog and was aware of the harmful choices I was making. I knew exactly what I needed to change in order to create the lifestyle I wanted for the rest of my life. BUT . . . I wasn’t doing any of it. Anger, overwhelming grief, sadness, frustration, and more were ruling my life.

Change Was the Only Option

When I saw “203.8 lbs.” on the scale, I freaked out. Help was needed, and needed NOW! I opted for Nutrisystem as a starting point.

It worked! In the first month, 10 lbs. came off; but, one month was all I could tolerate. The food grew tiresome very quickly; and, much to my disappointment, there were a lot of additives in the food that I did not like putting into my body. Plus, it was expensive; so, that path was no longer an option.

Nutrisystem was a great kickstart for losing weight. It launched the weight-loss process and taught me a valuable lesson – portion control.

When  I received my first shipment and started eating the meals, the portion sizes were a surprise. They were so small – and yet, they were enough. I was never hungry and started losing weight because I carefully followed the instructions. In other words, I worked the program – and it worked for me.

I knew Nutrisystem was no longer an option, but neither was giving up an option. Determined to stay on track and to get back to a healthy weight, it was clear that I had to find another way.

I finally accepted that reaching my goal wasn’t going to be fast or easy. It would take as long as it would take. Even though the realization didn’t thrill me, I made my peace with it and continued to move forward.

Another Twist to the Story

I started Nutrisystem on January 29. Four weeks later as I was finishing up the first month of my “diet,” I began suffering from agonizing back pain. After two weeks of misdiagnoses, I ended up in the E.R. with the diagnosis of a cracked vertebrae.

I was immediately hospitalized. The first thing they did (after administering morphine for the pain) was to put me in a body brace. Four days later they transferred me to a skilled nursing facility for 3½ weeks where I was given more pain pills than I care to think about, and struggled through daily rehab to get back on my feet and walking again.

This was the perfect excuse to forget about losing weight and eat whatever I wanted. But, to my amazement, I chose not to do that. I was committed to my journey back to eating well and living well.

In a way, it solved my dilemma about what to do next. The facility had an excellent meal service (with good food). Taking what I had learned from Nutrisystem, I practiced portion control and continued to count calories. It worked perfectly.

It not only worked, it set the path that I would follow from that point on.

Which brings us to the present – one year later.

I have recovered completely from my injury and returned to work. My stamina is increasing because of a dedicated walking routine. In the beginning it was only a few steps a day, and gradually increased to 4000+ steps a day. Fourteen months later and 44 pounds lighter, I am still losing – moving slowly toward my goal of 150 lbs. A frustrating reality is that the last 10 pounds are always the hardest to lose.

Yes, it has been a long, slow process, but that’s OK for several reasons:

A New Book Tells the Story

I have just launched a new book on Amazon, WOW! You Look Fantastic. My goal for the book was to share everything I had learned during my journey so others could 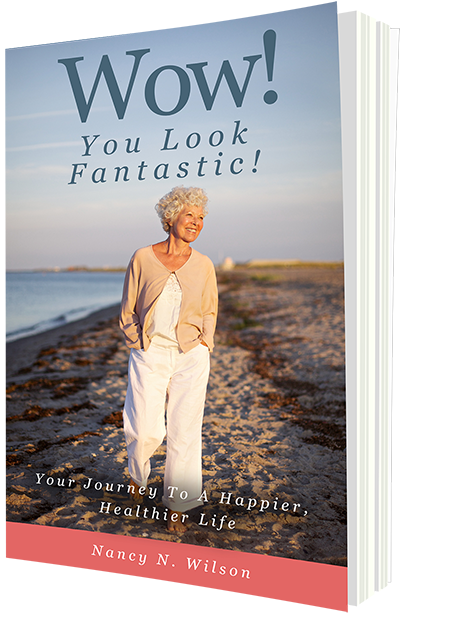 benefit from my experience. If you are struggling with your weight, your frustrations, and your lifestyle, this is the book for you. It will show you that healthy weight loss is possible.

I can promise you, from personal experience, that this is the way to reach your ideal weight and to live well for the rest of your life. The solutions are simple, but not necessarily easy.

You must be completely committed to making the necessary changes. You cannot let anything deter you from reaching your goal.  If you want the results bad enough, you will make them happen.

This book will give you a simple path to follow.

Good luck and ENJOY the process.