What Is the Relationship? 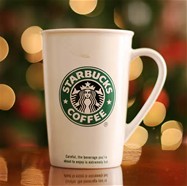 A vast number of people rely on caffeine just to function. Millions of office workers start their day with a cup of coffee. Without it they claim they would never be able to get any work done. Is that accurate, or just habit?  What is the relationship between caffeine and productivity?

When you are self-employed and work from home, you no longer have to follow the crowd and behave like everyone else. Just because the masses believe that they need coffee to get going in the morning, you may want to see what actually gives you energy and makes you efficient and productive and what is habit based on repetition and what other people believe.

You can start by looking at the hard data to see which trends and habits result in the best output.

When you do that, how do you think caffeine will hold up?

Let’s start with an important point . . .

Simple . . . it blocks the brain’s adenosine receptors. What???? Let me explain.

Adenosine is a neurotransmitter that makes you feel sleepy. When the brain blocks the receptors, the neurotransmitters do not work as well. As a result, the brain feels more alert and aware and you don’t feel tired.

But, it doesn’t end there – the brain’s response to the blockage is to produce even more neurochemicals that make you feel even more alert. Then, the body releases dopamine and adrenaline, making you feel “wired.”

The Effects of Caffeine

In the short term, caffeine definitely has a positive impact on focus and memory and helps to make you more productive. Unfortunately though, it also has some side effects.

Eventually, you become so sensitive to adenosine that you need caffeine just to feel ‘normal’. In fact, some believe than when you wake up with sleep inertia, it is not the result of being overly tired but more likely caffeine withdrawal from not having coffee during your sleep!

The body tends to ‘crash’ when the caffeine wears off and the build-up of adenosine floods the body, hampering your creative. Even though it seems counter intuitive, focus is actually antithetical to creativity in many ways.

However, having said all of the above, the links between coffee and productivity at work are strong. The Dietary Guidelines Advisory Committee, the top nutrition advisory panel in the United States, recently noted that there are few health risks associated with drinking moderate amounts of coffee.

What Is the Conclusion?

Should you stop drinking caffeine? Not necessarily – if it is working for you. Personally for health reasons, I am a strong proponent of drinking it in moderation – one or two cups in the morning. Too much of any stimulate is never a good thing and will eventually takes its toll, especially on the heart.

More than five cups a day, (500-600 milligrams of caffeine) moves you into a danger zone and your body will be over-caffeinated. There is a definite relationship between caffeine and productivity – but it is important to be clear that it is positive in the short term, but negative in the long-term.

If you are not willing – or feel that it is impossible to give up – at least consider cutting back.

If you drink it because you like the taste and it is a nice way to start your day – go for it.  However, never let it become a crutch that you cannot live (or work) without.

What If Your Spouse Is Not Self-Employed?

This site uses Akismet to reduce spam. Learn how your comment data is processed.